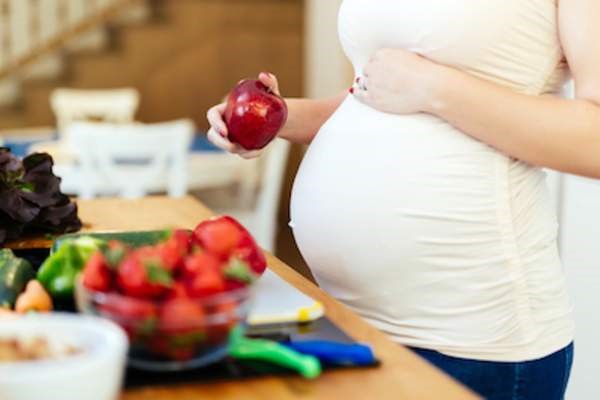 Eat more fish of the safe variety is the new advice for pregnant women to support fetal growth & development.

For many years women were told to limit or avoid eating fish during pregnancy, but the FDA now advises pregnant women to eat at least 8oz - 12oz (2-3 servings) per week.

Fish to avoid that are associated with high mercury levels: tilefish from Gulf of Mexico, shark, swordfish, king mackeral, and limit consumption of white (albacore) tuna to 6oz a week.

"Eat what you enjoy, just eat in moderation. Too much of anything (even if it's a good thing) can become a bad."

What you need to know about mercury in fish and shellfish:

How to protect yourself and your baby from listeriosis:

Listeria comes from harmful bacteria found in many foods and can lead to a disease called listeriosis. Listeriosis can cays miscarriage, premature delivery, serious sickness, or death of a newborn baby. This illness can take weeks to show up. Early signs include: fever, chills, muscle aches, diarrhea, and upset stomach. In the beginning, it is common to mistake listeriosis with the flu. However, later signs such as: stiff neck, headache, convuslsions, and loss of balance help distinguish between the two illnesses. Follow the following guidelines to keep yourself and your baby safe:

DO NOT eat hot dogs, luncheon meats, bologna and other deli meats unless they are reheated until steaming hot. DO NOT eat refrigerated pate, meat spreads from a meat counter, or smoked seafood found in the refrigerated section of the store. Foods that don't need refrigeration, such as canned tuna and canned salmon are okay to eat. Refrigerate after opening. DO NOT eat salads made in the store such as ham salad, chicken salad, egg salad, tuna salad, or seafood salad.

DO NOT drink raw (unpasteurized) milk and do not eat foods that have unpasteurized milk in them. DO NOT eat soft cheese such as Feta, queso blanco, queso fresco, Brie, Camembert cheeses, blue-veined cheeses, and Panela unless it is labbeled as made with pasteurized milk. Make sure that the label says, "MADE WITH PASTEURIZED MILK."